So I’m a fan on all levels, and on the human one, I’d like to be as decent a man as Dave, if-or-when I grow up. Which leaves me with only one complaint: that after May 20th he’s not doing the show any more. It really is like watching Babe Ruth quit.

The best accessories to upgrade your action camera

The best accessories to upgrade your action camera - "Have action cam, will travel." That's probably what was going through your mind as you pecked your credit card details in when buying your first GoPro, Drift, Sony or what have you. We promise, it won't be long before you're looking to kit it out ...

The 6 Best Apps for Gardening

The 6 Best Apps for Gardening -

YouTube app vanishes from older Apple TV models, latest version unaffected - The YouTube app has disappeared from many second-generation Apple TV units, users noted on Monday, with both the home screen icon and references to the app in Settings vanishing overnight. 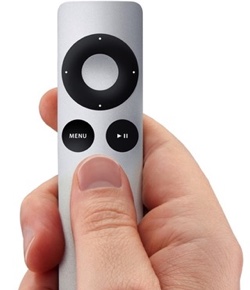 Apple's next-generation Apple TV will include a new touch-based remote with a revamped design, reports The New York Times, citing sources with knowledge of Apple's plans. Described as being "slightly thicker" than the current version, the new Apple TV remote will gain a "touch pad" that will be used for scrolling, along with two physical buttons.

The touch pad will likely replace the circular click-wheel style control that's on the existing remote, giving users an easier way to scroll through content on the Apple TV. Currently, navigating through content on a channel like Netflix with the Apple TV remote requires users to click multiple times on the click wheel.

A touch-based control area on the remote would likely function similarly to the Apple Remote apps on the iPhone and the Apple Watch, allowing for swipe-based controls for scrolling through content available on the Apple TV. Using the Apple Watch or the iPhone to browse channels and make selections on the existing Apple TV is both quicker and easier than using the current physical remote.

Size wise, The New York Times' source says the new remote will be similar in design to the remote control for the Amazon Echo speaker system, which is approximately 0.6 inches thick. The current Apple TV remote is 0.2 inches thick and has not seen a redesign since the Apple TV initially debuted in 2007.

Rumors have suggested that Apple's redesigned Apple TV could make an appearance in June, at the annual Worldwide Developers Conference. Along with today's rumor pointing towards a new design for the remote, previous rumors have indicated the device will include an A8 processor, Siri integration, a dedicated App Store, and expanded internal storage.

Apple is also rumored to be working on an accompanying Internet-based television service, which may see it providing between 20 and 30 channels at a price of $30 to $40 per month.


(Via MacRumors : Mac News and Rumors.)

Shoot to Thrill With These Superb iPhone Lens Attachments

Shoot to Thrill With These Superb iPhone Lens Attachments -

Amp up your Instagram game and augment your iPhone’s unblinking eye with one of these kits.

The post Shoot to Thrill With These Superb iPhone Lens Attachments appeared first on WIRED.

What Satellite Data Tells Us About Nepal’s Brutal Quake

What Satellite Data Tells Us About Nepal’s Brutal Quake -

GPS and satellite data of this week's 7.8 earthquake in Nepal show just how much Earth got moved.

The post What Satellite Data Tells Us About Nepal’s Brutal Quake appeared first on WIRED.