Nobody would bother stealing your iPhone if you had this case

Nobody would bother stealing your iPhone if you had this case - 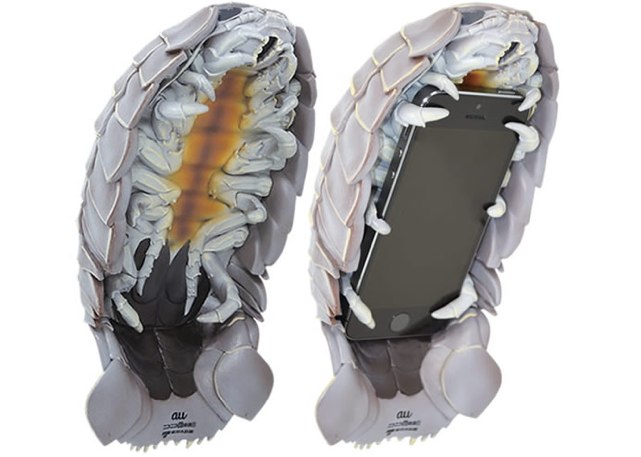 There's a lot of talk these days about ways to prevent smartphone theft. The iPhone's kill switch feature seems to be doing a pretty good job of curbing iPhone thefts, and that's definitely a good thing, but I have a feeling this creepy case from ...

Remembering Tony Gwynn - By the Numbers

Jayson Stark on Tony Gwynn, who died of cancer last night at age 54:

• Gwynn had six straight seasons (and eight altogether) in which he struck out fewer than 20 times. Did you know there were 97 hitters in the big leagues who whiffed at least 20 times just last month?

So sad. Gwynn was everything: an amazing athlete, great competitor, and a nice guy.

There's been some wild speculation by a certain business journal lately that Apple might abandon the standard 3.5mm headphone jack and replace it with Lightning connector headphones that would allow for 48kHz digital sound for the first time. Before ...

Choosing between reading an ebook on your own or having it read to you just got a little easier: Amazon updated its Kindle reading app with Audible integration on Tuesday. You’ll have to pay a little extra for the professional narration but you won’t have to switch between the Kindle and Audible apps if you want to hear your book aloud. Amazon’s Whispersync for Voice function keeps track of your place regardless of whether you or an in-app narrator is reading. Amazon says the updated Kindle app is now available for both iOS and Android devices.

Crappy Netflix Playback? Here’s How to Test Your Streaming Speed

Crappy Netflix Playback? Here’s How to Test Your Streaming Speed - In addition to calling them out when it thinks they're the problem, Netflix also provides a handy-dandy ISP speed index so you can see which provider in your country offers the best Netflix experience.

Jurassic Park Turns 21: A Look Back at How It Revolutionized Special Effects

Jurassic Park Turns 21: A Look Back at How It Revolutionized Special Effects - As of this week, Jurassic Park is officially 21 years old. And more than two decades after it hit theaters in 1993, Steven Spielberg's dinosaur flick is still talked about as a landmark of movie-making because it revolutionized how movie's handled visual effects.